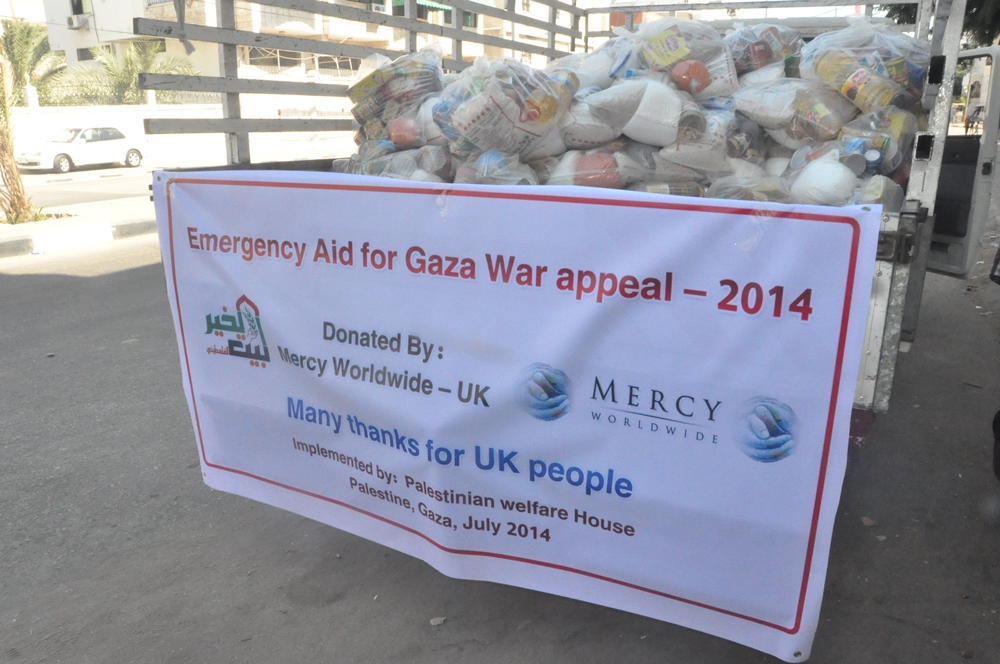 During the July 2014 Deadly attacks on Gaza, where 1000’s were killed and injured and made homeless. Mercy Worldwide volunteers tirelessly sprung into action, working around the clock to deliver aid and medical supplies to Gaza on a urgent and immediate bases. 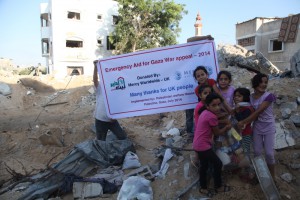 As always with your prayers and support we were one of the first groups who managed to distribute supplies in Gaza City while it was still under attack. A massive thank you for everyone’s efforts in the first 2 weeks of the attacks, with the Grace of God and some dedicated efforts the aid had started to be handed out in Gaza and was continuing to be delivered to families and hospitals.

Due the attacks the Jabalia center which we helped to complete in 2013 was overwhelmed and most of the medication and supplies were consumed in the the first two days. We urgently needed

your support, which we generously received. Further into the conflict the Medical center suffered a indirect hit and was damaged, the center remained operational but created more burden on it. We managed to keep this running and supplied with our collective efforts.

Given the success, our volunteers were contacted by Kream Developments to help assist in distributing further supplies in Gaza. With the efforts of Kream Developments in the UK and our efforts in Gaza we managed to hand out more food parcels to the homeless and hungry and also helped restock medical supplies at hospitals and medical centers, which saw our work continue late in to August and early September.

Thank you to everyone for your efforts and support during this critical time.

Special Thanks to Kream Developments and their supporting partners.