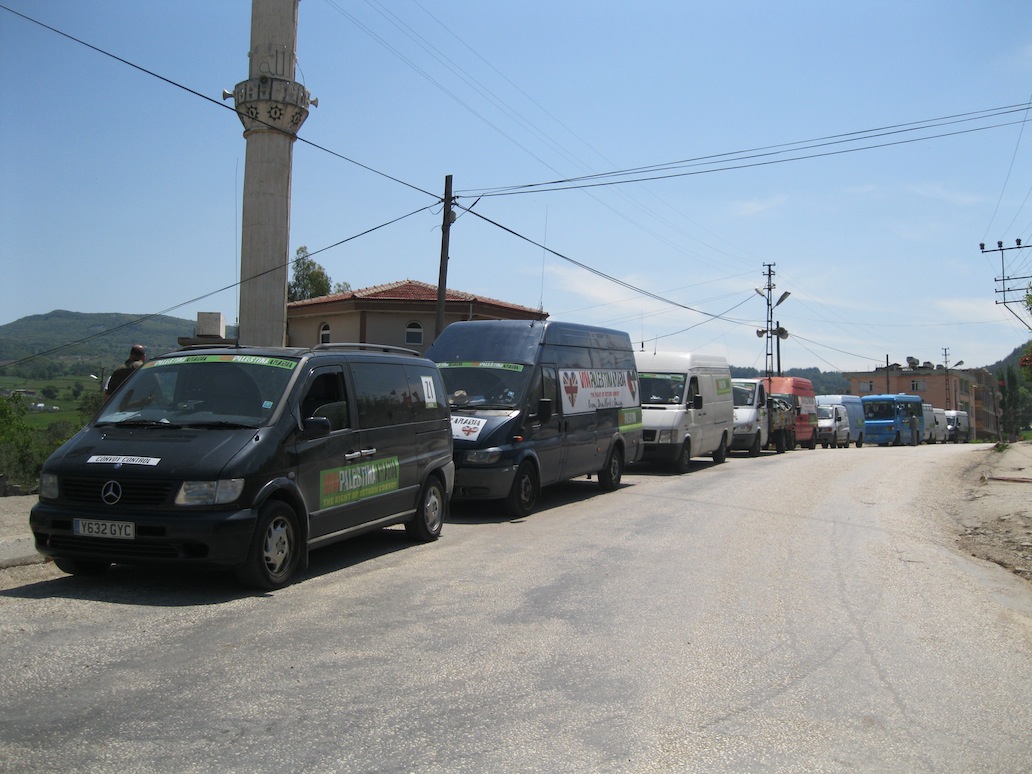 More than three years since Israel’s Operation Cast Lead, which killed over 1,400 Palestinians in the Gaza Strip the siege remains.

The changes sweeping Egypt and the Middle East bring the promise of finally lifting that blockade and of further steps to relieve the suffering of the Palestinian people. But promise alone will not end the suffering now, nor address the reasons for it.

The aid convoy tried to again break the siege on Gaza, looking to the future. This is why the convoy carried construction equipment to rebuild the schools, clinics, public buildings and homes, that have been destroyed both by Israel’s attacks and by the effects of the ongoing siege. Also the convoy carried high volumes of Medical Aid due to the shortage of this kind of Aid in Gaza.

The purpose was to highlight in each country that convoy passed through, the reasons for the humanitarian crisis in Gaza and the wider suffering of the Palestinian people. Peace talks are stalled, yet illegal Israeli settlement building in the West Bank continues, as does the driving out of non-Jewish inhabitants of Jerusalem.

Conditions for millions of Palestinian refugees in the camps in Palestine and neighboring countries remain appalling. This convoy highlighted the rights of those refugees, enshrined in international law and in UN resolutions. They have an inalienable right to return to the homes they were driven out of.

This convoy was scheduled to reach Gaza on 15 May, Nakba Day, on which Palestinians the world over commemorate the catastrophe that forced so many of them, now a majority, into exile.

Last year saw international protests on Nakba Day which brought the fundamental reasons for the humanitarian crisis in Palestine and in the camps to world attention.

With this convoy, we were part of another international effort to focus on these vital questions.

The flag of Palestine has become a leitmotif for humanitarians and those who care about justice the world over. Now, there are attempts to reverse that development, to encourage people in the West, the Middle East and around the world to avert their eyes from Palestine.

This convoy was about return to Palestine – the right of Palestinians to return and returning our attention to this central issue by contributing to the Medical Aid and construction, the rebuilding, of a Palestine for all Palestinians, with Jerusalem recognised as its capital.